What is Lightning Network – Solving Scalability

After the introduction of Bitcoin, scalability is still the biggest problem for users and organizations integrating Cryptocurrency into their ecosystem. With increasing pressure from the investors, Joseph Poon and Thaddeus Dryja in 2015 proposed the concept of Lightning Network (LN). LN is a second layer protocol that functions on top of the regular Bitcoin Blockchain. It enables fast transactions between participating nodes and is one of the leading solutions to solve the network congestion problem.

The best thing about LN is that it doesn’t fork Bitcoin, leading to the creation of other Cryptocurrency such as Bitcoin Cash. The project provides an off-chain solution and decongests mempool while reducing the transaction fees. Transactions send using LN are instant, and it also provides a gateway for atomic swaps.

The introduction of LN was pushed by the community to increase the Transaction Per Second (TPS) handled by Bitcoin. Currently, the BTC Blockchain can process up to seven transactions per second, which limits its capability for mass adoption. In contrast, Visa processes 24000 TPS, and the stats for BCH stands at 61 TPS.

Breaking down the Lightning Network

For Bitcoin to achieve its potential of becoming a reliable medium for daily transactions similar to fiat, it needs to process millions of transactions per day. However, the current nature and specification of its Blockchain, requires consensus from all nodes of the network, limiting its potential.

The LN consists of an off-chain transfer over the network that is made on the Bitcoin Blockchain. The system works similar to the micro wallet and establishes a Peer to Peer (P2P) connection between two parties. It creates a channel where a user transfers funds to another resulting in a seamless transaction.

However, the procedure requires sending an on-chain transaction to set up the payment channels. For this, the parties involved need to set up a multi-signature wallet and add funds to it. Funds are stored on the multi-sig wallet and can be accessed by providing private wallet keys of both parties. This means that one party cannot access the funds without the approval of the other.

Advantages of the LN

When is the LN Coming?

There is no official release date for the Lightning Network. However, users can implement it depending on the requirements and benefit from the solution it provides. In March 2018, there was a major and stable release of the network daemon, and it is currently being experimented on a Bitcoin Test Network. Although, there is a massive increase in the number of LN nodes after the release, and exchanges and institutions such as Bitfinex are using it to speed up the transactions. As of now, there are over 24000 payment channel setup on LN depicting its rising popularity. 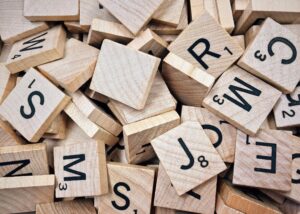